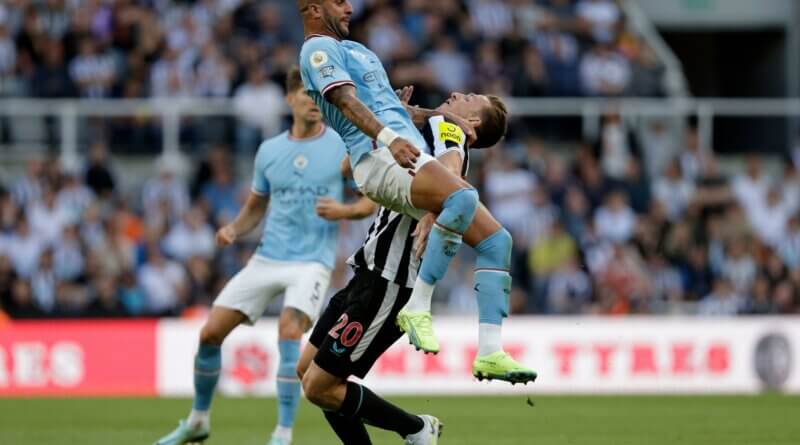 Goals for Erling Haaland, Ilkay Gundogan and Bernardo Silva were not enough to get City the win, as Miguel Almirón, Callum Wilson and Kieran Trippier scored for the hosts.

The Magpies lost their clean sheet after five minutes though, as Silva floated the ball into the path of Gundogan who tucked home.

Almirón did well to stay onside for the equaliser, as he converted Allan Saint-Maximin’s cross with his thigh in the 28th minute.

‘Maxi’ set-up Wilson 12 minutes later to make it 2-1, the Englishman did well to take it past Dias before smashing it home.

Fabian Schär was unlucky not to have a penalty awarded in his favour following a collision with Stones on the stroke of half time.

Newcastle took a 3-1 lead through a Trippier free-kick which beat Ederson at his near post as it flew into the top corner in the 54th minute.

The two-goal cushion was short lived however, City levelled the playing field within ten minutes with goals from Haaland and Silva.

Trippier briefly received his marching orders for a challenge on Kevin De Bruyne but it was promptly overturned after VAR review.