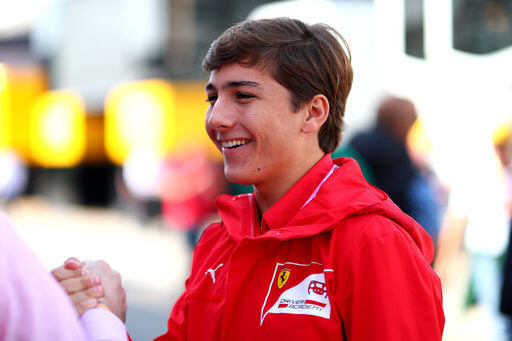 Enzo Fittipaldi, in a Haas, raced hard against Arthur Leclerc in Formula One’s virtual Grand Prix opener as claimed victory in the first of three events.

Last year, F1 provided the racing fix after sports stopped due to the Coronavirus pandemic with an unofficial esports championship.

However, this year F1 have reinvented their esports championship with a new format that includes a variety of drivers, celebrities and content creators with the aim to raise money for charities.

The event started at Austria’s Red Bull Ring and will be followed by a trip to Silverstone on February 7 then concluding in Brazil’s Interlagos on Valentines Day, February 14.

The 2021 Virtual Grand Prix comes with a new format to convert the races into an official F1 esports championship.

The championship will consist of three events and will compete to raise money for a range of charities.

To get the starting line-up for the feature race – 50% Grand Prix distance – the pro drivers will race in a 5-lap sprint race.

The sprint race result will organise the grid for the feature race with each pro esports driver representing one driver in the feature event.

Understandably, there are no assists allowed for the pro drivers while those who maybe less experienced in the feature race will be able to utilise the assists available such as traction control, ABS (Anti-lock Braking System) etc.

It was a clean getaway from the starting grid as the leading drivers lined-up around the first corner but there were collisions at the back of the pack as a Williams car spun off in the background.

While David Tonizza, Ferrari, was the first to complete the first lap for the first Virtual Grand Prix.

Fab Donoso, Alpine, attempted to overtake Jarno Opmeer, Mercedes, at the third corner but Opmeer had a better exit to retain his eighth place position.

Marcel Kiefer, Red Bull, and Brendon Leigh, Ferrari, fought intensely for the final place on the podium around the fourth corner.

However, Kiefer was able to maintain his position until the following corner when Leigh finally overtook the Red Bull to occupy the final podium position.

Despite a brief good getaway from the grid, Flowstreet – who replaced George Russell – was seemingly left on the starting grid as Marcus Armstrong completed the first lap ahead of the pack.

However, Jeffery Herling, Red Bull, missed his braking zone into the first corner at the start and smashed into the pack, accompanied with a timed penalty for the incident.

Both Ferrari’s, Arthur Leclerc and Armstrong, started to pull away from the pack as, second-place, Armstrong remained just over three seconds ahead of Enzo Fittipaldi, Haas.

Stoffel Vandoorne, Mercedes, overtook Jimmy Broadbent, McLaren, to be the leader of the alternate strategy – as the Mercedes reserve driver started with the Medium compound tyres.

As the race finished the 10th lap, 11 drivers had suffered timed penalties – with the majority of penalties dished out for ‘exceeding track limits’ – and this left seven drivers without.

On lap 13, Jack McDermott (PieFace23), Alfa Romeo, and Pietro Fittipaldi, Haas, were the first drivers to visit the pit lane for their mandatory stop.

McDermott opted for the hard compound tyres while Fittipaldi had the mediums fitted.

After he received too many penalties, Tonio Liuzzi, Alpha Tauri, was disqualified on lap 15.

In an eventful race, the competing drivers accrued 166 seconds worth of penalties within 20 laps of racing.

E. Fittipaldi nudged Leclerc at the turn three hairpin and optimised his opportunity to take the lead as he pushed the Formula Three driver deep on lap 28.

It was an intense fight to the end as Leclerc managed to retake the lead of the race after he took the inside line into the hairpin at turn three.

Soon after, Leclerc tried to prevent E. Fittipaldi from another overtake as he banged wheels together but the leading Haas managed to get past the Ferrari.

In the final laps of the race Leclerc tried to force the Haas into making mistakes in an attempt to equal the Monegasques timed penalties.

With a last ditch effort to regain the lead Leclerc made a dive bomb into turn three but the Monegasque missed his braking zone and ended up on the run-off area.

However, the leading Haas took the chequered flag to win the first out of three virtual races. 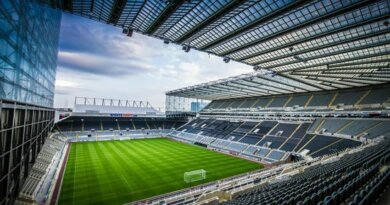 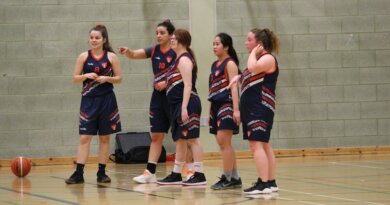