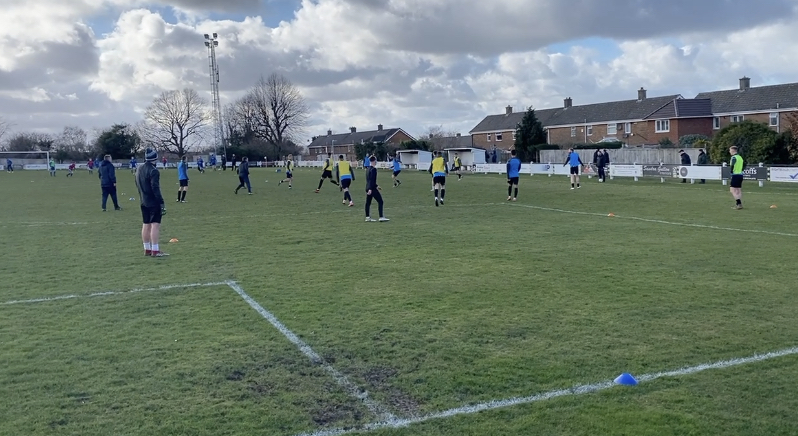 Whickham came from behind twice to deny Thornaby all three points in a feisty encounter at the First Mortgage Glebe on Saturday.

The match was end-to-end from the first whistle with both teams missing chances to snatch all three points.

Thornaby bizarrely took the lead directly from a corner on the half hour mark thanks to Joseph Scaife-Wheatly, before Zak Atkinson equalised ten minutes into the second half.

The visitors responded on 62 minutes through Elliott Beddow. However, Atkinson this time turned provider for Scott Robson to slot home with six minutes left on the clock.

Tony Fawcett’s Whickham side stretched their unbeaten run to six games in the league and remain unbeaten at the Glebe since taking over back in October.

The eleven-game unbeaten run at the Glebe remained intack due to the players never defeated mentality.

The home team started off on the front foot and came close to opening the scoring within the first few minutes through Dale Burrell and Nathan Greenwood.

The hosts created both openings down the left-hand side, but Thornaby were in the right place to clear their lines on both occasions.

Scott Robson created a chance for himself on eleven minutes; however, he dragged his shot inches wide of Thornaby’s goalkeeper Joshua Mazfari far post.

The home team were made to pay for not taking their earlier chances, when Scaife-Wheatley scored direct from a corner.

The Thornaby midfielders in swinging corner evaded everyone in the Whickham box before hitting the back of the net.

The Lang Jacks had James Anderson to thank for keeping the score at one-nil, the Whickham number one pulled off two great saves to deny the visitors from close range.

Whickham began the second half the stronger of the two teams and their pressure was rewarded on 55 minutes thanks to Zak Atkinson.

Atkinson slotted home his ninth goal of the season following a delightful through ball by Scott Robson. The striker chipped the ball over the advancing Mazfari and into his far-left corner of the goal.

However, the home team switched off allowing Thornaby to regain the lead only seven minutes later.

Elliott Beddow didn’t make any mistake when he was put through following some neat build up play down the left-hand side, slotting coolly past Anderson from a tight angle.

Fawcett made a few tactical and personnel changes which helped galvanise the home team.

The Lang Jacks kept huffing and puffing for an equaliser and deservedly got themselves back on level terms through Scott Robson with just six minutes left on the clock.

Atkinson this time turned provider finding Robson inside the Thornaby box. The strikers delicate flick played Robson through on goal to level the scores.

Both teams were unable to capitalise on their chances to win the game in the final few minutes, a point a piece being a fair result at full time.

It was mixed emotions for Whickham manager Tony Fawcett when reflecting on his team’s performance, he said: “I think the way we started the first ten, fifteen minutes we were really good.

“We created quite a few chances and had loads of goalmouth scrambles which got away, we could have gone ahead.

“Once they went ahead, we struggled a bit, I wasn’t impressed and got into the team a little bit at half time.

When asked about his half time team talk, Fawcett added: “I questioned their work ethic to be honest, since we’ve come in here, they’ve been phenomenal.

“They’re the hardest I’ve seen a team work and they are as honest as they come, but I didn’t think they were first half.

“We tweaked a few things and changed the shape, we tried all sorted to get ourselves back into it, and I think they reacted to all the changes really well.

“It’s quite easy to sulk about it when they got a telling off at half time. They haven’t and they rolled their sleeves up and took on the information that was given to them.

“They changed their mind set and for me I’m really proud of them for that.”

Man of the Match Scott Robson was happy to get his name on the scoresheet but more importantly help the team take a point against a tough opponent.

Scott said: “That’s what I’m signed for, playing through the middle I want to score loads of goals.

“I had one thing on my mind and that was to smash it past the goalkeeper into the bottom corner. 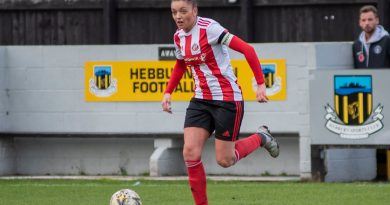 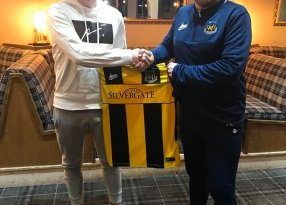