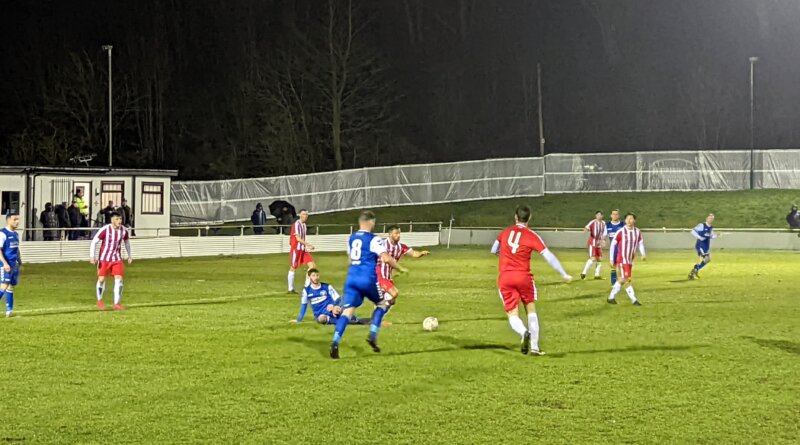 Colliery Welfare came back from a goal down to claim all three points against second placed Thornaby.

Dylan McAvoy opened the scoring for the home side ten minutes into the game however the lead only lasted six minutes as Christopher Wallace grabbed an equaliser.

The visitors came out much improved in the second half with forward Oscar Taylor getting his side’s second in the 53rd minute.

Ryhope were looking to bounce back from their disappointing defeat to West Auckland last time out with Gary Pearson making three changes to the starting eleven including a return from injury for defender Garon Garside.

But they would face a difficult test against the hosts who had only lost twice at home this season were in good form heading into the game having only lost one of their last five matches.

Thornaby started brightly with Craig Hutchinson having a chance to score an opener on six minutes, but his effort was sent just wide of the post.

The breakthrough came in the tenth minute as McAvoy picked up the ball on the left side and carried it goalward and then slotted the ball into the bottom left corner of the goal.

Six minutes later Colliery Welfare got back on level terms as a Jon Weirs free kick from the left found Wallace in the box who managed to send the ball into the back of the net.

Elliott Beddow thought he had put Thornaby back in the lead when he scored on twenty minutes, only for it to be ruled offside.

Ryhope began to apply more pressure as the first half came to a close with Taylor and Karl Southern both having chances to score Ryhope’s second.

Both teams had chances early in the second half with Winter being forced into a good save to deny Beddow and Danni Lay going close on two occasions.

On 53 minutes the visitors doubled their lead as some good pressure from Lay allowed Taylor to latch onto a loose back pass and then calmy slot the ball past Quinaceo Hunt.

Thornaby struck the post on 58 minutes as a result of a scramble in the box with defender Thomas Price eventually clearing the ball off the line.

As the game drew to a close the visitors pushed for an equaliser with Adam Burnicle having their best chance, but his effort was sent over the bar.

After the game Gary Pearson said: “we were able to freshen things up a little bit and I’m delighted that we could give a couple lads a rest.

Ryhope headed into half time level at 1-1 after a poor start to the game, however Pearson admitted that his side came out strong in the second half. “In the first half we were poor. We told them that the performance wasn’t good enough and that we knew we had another gear to give.

“Ultimately they didn’t let us down second half.”

Ryhope were boosted by the return of Paul Braithwaite, Denver Morris and David Gordon to the squad as Colliery Welfare face 5 fixtures in three weeks.

“Its excellent to have a full bench of players who want to be starting games, we’ve been down to the nitty gritty in the past few weeks, but we’ve been patient.

The manager added: “The last two games we’ve had the same starting elevens and the same formations, we didn’t have any changes to make and didn’t have a Plan B.”

Ryhope face fifth placed North Shields on Saturday with the manger saying: “I would like to think that was good preparation for the game on Saturday

“You want to be playing games against the top teams in this league, the lads always find it easier to get themselves up for these big games, and at the end of the day anyone can beat anyone in this league as we have seen for ourselves.” 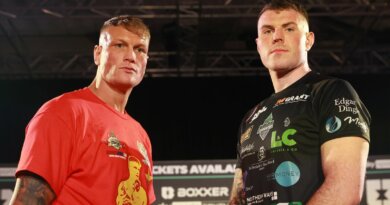 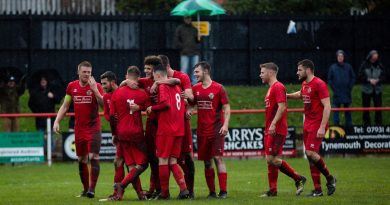