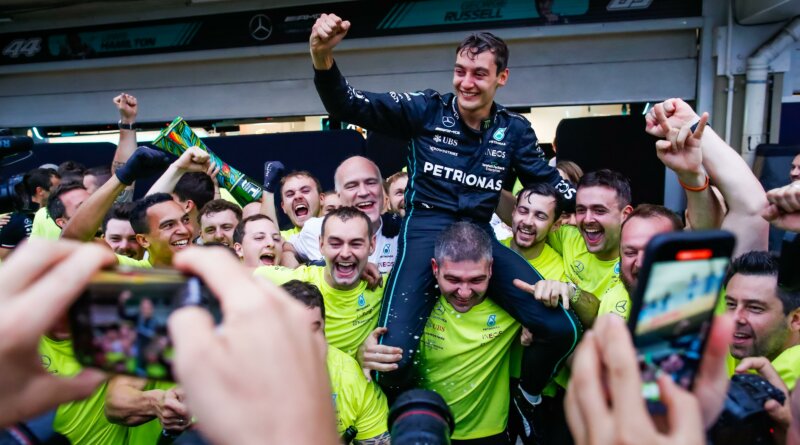 George Russell finally took his first win for Mercedes in what was a rememberable weekend for the Formula One fraternity at Interlagos. It reminded F1 fans why they pay to watch the greatest motorsport on earth.

The irony is that during the week just gone, I ripped into the sprint weekend format. However, this weekend delivered everything from a fairytale pole winner and a debut grand prix winner which at the start of the season, no one could see coming.

A shock downpour just 40 minutes out from the green light at the end of the pit-lane set the F1 family up for what was set to be a chaotic session. In Q1 you had a drying track with drivers such as Nicholas Latifi hitting the tops of the times. Due to the nature of the track, this evolved as the session went on. Although Latifi was eventually knocked out by the end of Q1. Even Ferrari were almost knocked due to their season long inability to do basic strategy calls. Q2 was a bit smoother however as the track was dry, so the usual cars failed to advance bar one or two surprises such as Haas’s Kevin Magnussen. However, the traditional Brazilian rain came back around by the time we hit the top 10 knockout session and with the rain progressing as the all cars unusually left the pit lane at once.

Only a few cars got a lap in before the rain worsened and George Russell forgot his driving skills temporarily and binned it in the gravel while trying to spin himself around after a little off track excursion. One of those only to set a lap time was Magnussen who left the pits first and had the best track conditions, this meant after everyone came in after the session was red flagged while the George Russell package tour to the gravel trap was packed away.

With the rain now somewhat biblical, no one could beat Kevin’s time, which gave us a fairytale pole. It was such a fairytale as Haas have the lowest budget in the sport and over the seven years they have been in the sport they haven’t ever finished higher than fifth in the constructors. This was on top of the fact that Kevin didn’t even have a seat till mid-way through testing, as he was replacing the disgraced Nikita Mazepin, who was sacked after the Russian invasion of Ukraine. So after what already had made the F1 family all emotional and all doe-eyed, the sprint was still yet to come.

So after the rain inflicted chaos that was qualifying and a pointless and uneventful dry FP2. We settled down for an evening sprint. Although, the dream that would be Kevin keeping his pole didn’t come to fruition (he finished 8th). It was still the best sprint since the format was introduced at the infamous Silverstone weekend in 2021. You had a delicable feast of overtakes across the board. With one of the best battles this season (bar the top three battle at Silverstone back in July) being George Russell fighting Max Verstappen for the lead. The battle was hard and close, but yet gentlemanly at the same time. They left each other space and eventually George came though to win the sprint and take the Sunday pole by four seconds with Carlos Sainz second and Lewis Hamilton third (who would start second on Sunday due to a Sainz engine penalty). This was enough to make Brazil memorable with George finally winning something after four years of trying with Williams and the cameo for Mercedes at Sakhir in 2020. However, even if some may have seen George’s cake already cherry topped, Sunday brought him extra sprinkles to add to that cake.

Sunday beckoned. The carnival dancers had danced. The Beatles tribute band had tributed and the anthem was sung. Business time had come. George got away well with Max behind and Lewis in toe. All seemed well until turn eight when Kevin was crashed out by Daniel Ricciardo to end what was a great weekend for the American based team.

The safety car beckoned, after it had run for a few laps and both Daniel and Kevin’s cars were cleared. We went racing again (well briefly anyway) Max and Lewis collided into turn one which, although didn’t end both their races, led to Max pitting and Lewis losing position. While everyone was too busy talking about 2021 memories, Lando Norris and Charles Leclerc crashed, which sent Charles into the pits. The virtual safety car was pitted and Lando and Max were given five second penalties for their trouble.

After this, the race petered out, until the final 11 laps. Lando’s engine fancied an early rebuild. This brought out a full safety car, which while bunching up the field didn’t affect the race order. George continued to lead until the end, which gave us the greatest win this season. A man who was most deserving of his first grand prix win after being the most consistent driver this season in what was the most temperamental car. He was followed by Lewis in second, which delivered Mercedes a much unexpected one and two after the season form they have had. Sainz finished in third to complete the podium.

So Brazil. I roasted the format midweek, only to be proved wrong. This was one of the greatest overall weekends of the last few years. It reminded us hardcores why we get up at 4:15 am for some races and go to bed at 1am for others. It reminded us of the passion and time we dedicate to what some see as just cars going in circles. It was a beautiful reward for what at times has been an underwhelming season. Final round next, let’s hope it is a bit more uneventful than last year’s finale then, eh? 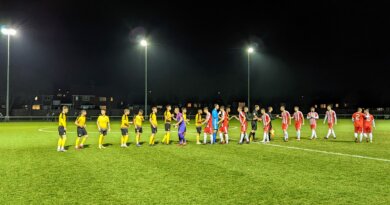