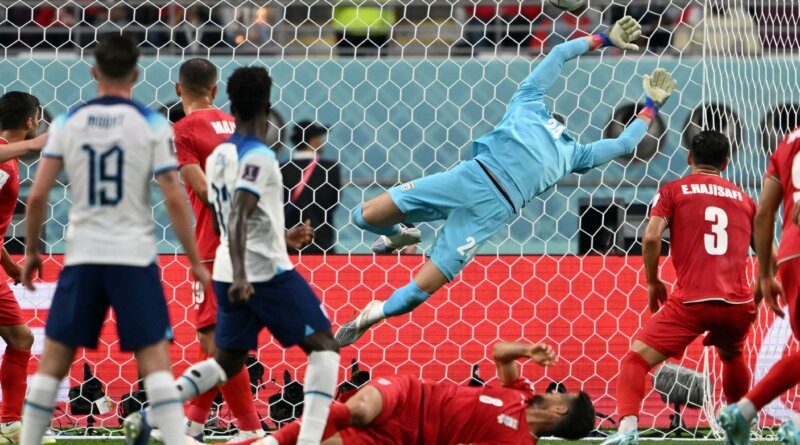 Bellingham opened the scoring on the 35th minute after he connected with a Luke Shaw cross, and his header looped over the helpless Hossein Hosseini to become England’s second youngest ever goal scorer at a World Cup.

On the 43rd minute, Saka volleyed home spectacularly after Harry Maguire nodded down for him from a corner. Another World Cup debutant, another debut goal scorer. Not long later in the first minute of first half stoppage time, Raheem Sterling added a third after some great forward play from Harry Kane.

England did not become complacent and continued in the same vein in the second half. In the 63rd minute, Saka got his second of the match. Tricky feet fooled two Iranian defenders and he slotted home into the far corner.

Mehdi Taremi did get one back for Iran in the 65th minute with a powerful finish off the bar, however this was nothing but a consolation as England restored their four-goal advantage on the 71st minute. Marcus Rashford, who had been on the pitch just seconds, slotted home to make it 5-1.

Jack Grealish added a sixth in the 90th minute, as Callum Wilson unselfishly squared the ball to him when through on goal. Iran did score a second in the 13th minute of stoppage time, as Taremi grabbed his second from the penalty spot.

Here is how Jack Austwicke and Dom Aberdeen rated the England players:

Jordan Pickford – 6.5 – Didn’t have a great deal to do, only made one save albeit a brilliant one to deny Sardar Azmoun.

Kieran Trippier – 7 – Some very good corners, did his job. Didn’t stand out as one of the best but was good enough.

Harry Maguire – 7.5 – Question marks over whether he should’ve played, but he proved his doubters wrong. Rock solid performance and some great line-breaking passes.

John Stones – 7.5 – Like Maguire, not a lot to do but did his job well. Carried the ball out well which helped with England’s breaking down of Iran.

Luke Shaw – 8 – An assist for the opener, some good corner deliveries as well. It seems to ring true, Luke Shaw is always good for England.

Jude Bellingham – 9.5 – Man of the Match. Got the opening goal, was involved in the third and sixth. The Dortmund midfielder ran the show, very mature performance from the teenager.

Declan Rice – 8.5 – Another outstanding performance from one of England’s most consistent performers. He seems to be able to do everything in the middle, flawless.

Mason Mount – 8 – Top performance from another man who many felt shouldn’t start. Impeccable on the half-turn and appeared in some very good positions in-between the lines.

Bukayo Saka – 9 – A huge redemption from the heartbreak at Wembley 16 months ago. Grabbed himself two goals on his World Cup debut. Arguably one of the most complete wingers in world football right now.

Harry Kane – 8 – Potentially went under the radar after not having a shot, but a quality captain’s display from England’s number nine. Two assists, and the way he plays is so key to his team’s success.

Jack Grealish (70mins) – 7.5 – Got himself his first World Cup goal. Carried the ball excellently, and bonus points for his celebration for young Manchester City fan Finlay.

Marcus Rashford (70mins) – 7.5 – Scored just seconds after coming on and a very composed finish it was. Made some great runs in behind and is proving doubters wrong.

Callum Wilson (75 mins) – 7.5 – Played for the team as he squared for Grealish when he could’ve easily shot. Put himself about and made a good account of himself. 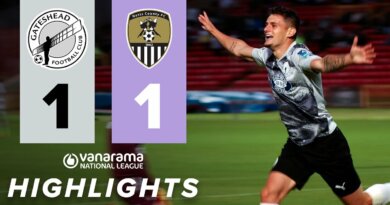 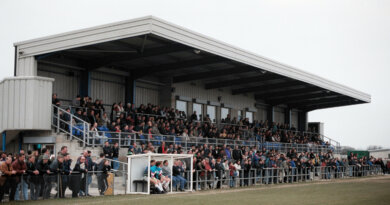