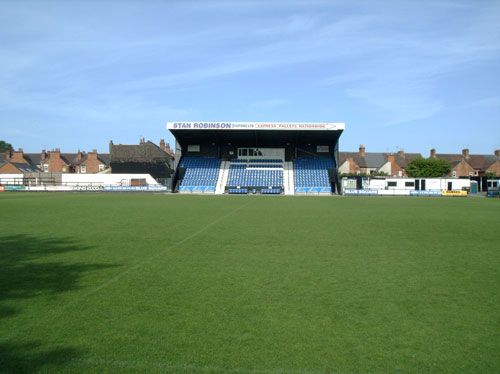 South Shields came away from Marston Road with all three points to maintain their one point lead at the top of the Northern Premier League as they defeated Stafford Rangers 2-1.

Jason Gilchrist doubled Shields advantage in stoppage time of the first half.

Jack Sherratt brought Stafford Rangers back into the game on 60 minutes to make it 2-1 but Shields held out for the win.

After a comfortable first half and going in at the break 2-0 to the good, Shields were made to fight to come away with three points as Stafford battled back with a early second half goal.

The first clear chance for Shields came on the 11th minute when midfielder Nathan Lowe played a through ball to Gilchrist who was tackled in the box, the ball fell to the path of fellow striker Lee Mason who was unable to finish.

Lowe was at the centre of another chance at goal in the 14th minute as he crossed in from a free kick which centre-back Gary Brown only just failed to meet with his head.

Stafford Rangers had their first chance on the 19th minute when midfielder Robert Thompson-Brown fired a free kick just over the bar.

Like many games this season the first half pressure that Shields put on teams makes you think a goal is not too far away.

On the 28th minute Gilchrist was played through on goal by Mason, one on one with Rangers Goalkeeper Lewis King, he fired just over the bar. Just a minute later left-back Blair Adams just curled wide from the left of the box.

The lead came with Shields’ third chance in as many minutes when Mason played in Baxter. Baxter who looked to have taken one touch too many was still able to finish firing the ball under the keeper and in to make it 1-0 Shields.

In the 37th minute Shields had a chance to double its advantage as Mason beat a few defenders and shot to the left however King was able to save to the left.

Stoppage time of the first half saw Shields double their lead. Lowe on the left wing battled off defenders to cross low and right across the box for Gilchrist to fire home from the back post. This was Gilchrist’s fourth goal in his last four games in all competitions. Shields went in 2-0 up at the break.

Shields controlled the second half and in the 58th minute Lowe took a corner which centre-back Dillon Morse was unfortunate not to connect with, just missing as he slid in.

Stafford pulled one back through a spectacular goal on the 60th minute. Striker Bradley Grayson had the ball at the edge of the box, flicked it over his head into the path of Sherratt, he fired a shot into the top left corner of goal past the outstretched Shields ‘keeper Myles Boney.

This goal spurred Stafford Rangers on and they pressurised Shields for the remaining 30 minutes, centre-back Gary Brown was subbed off with illness on the 72nd minute forcing Shields into a defensive reshuffle at a crucial point of the game.

Young left-back Keiran Charlton replaced him, with Adams forced into a more central position in the back line.

Shields had a chance to secure the game in the 84th minute as again Lowe was the provider with his free kick, Robert Briggs, subbed on two minutes earlier for Mason, headed towards goal but the keeper saved to his left.

Stafford heaped the pressure on towards the end of the game as in the 86th minute substitute Joseph Berks took a free kick which Jonathon Moran headed towards goal, Boney saved comfortably.

In the fifth minute of stoppage time with many Shields fans calling for the final whistle, one last attempt for Stafford was headed over the bar and Shields came away feeling relieved with the win.

South Shields lead at the top of the league stayed at one point after Lancaster City beat Scarborough 1-0. Shields have no game scheduled for Saturday coming, their next game, not confirmed yet looks to be a week on Tuesday in the FA Trophy away to either Stourbridge or Lancaster City. 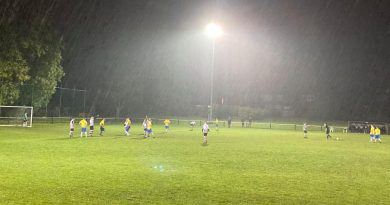 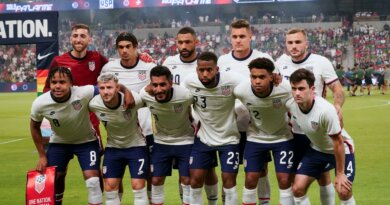