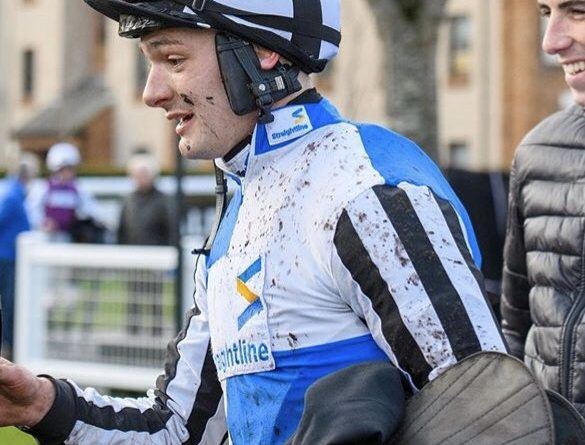 My Mum and Dad were always horsey people, and have always ridden horses so it was something I always knew a lot about and was involved in. I grew up near Kelso and there is a lot of jockeys that come from Hawick, so I was used to watching them.

When I started out I tried to model myself off Wilson Renwick and Jason Maguire. The way they rode, they were very stylish, great over obstacles and so I always tried to imitate my riding off them.

I rode a winner at Newcastle on a Saturday for a trainer called Donald Whillans. That was the first yard I ever rode out at when I was a young kid. It was through working there, that turned me into becoming a jockey. If it wasn’t for them I definitely wouldn’t be a jockey now. After race riding for about four years, I finally got a chance to ride one of his horses and I won on it. It was for an owner who’d been there since I was a kid, and he always used to come over at weekends and give me a little bit of money for ice creams.

It’s hard because I was looking forward to being really busy. There were quite a lot of horses I had lined up for the next couple of months. The hardest part is that you’ve not got a motive to get out of bed really with nothing being on.

Every day you usually get up, go and ride out or go racing. You’ve got a reason to go racing and compete. Now, I’m trying to go out and keep fit but you’re just competing against yourself. I’m the sort of person who likes to compete against others.

The scariest thing is it’s only been a week, and people are struggling already. A couple of months down the line it’ll be interesting to see where everyone’s heads are at.

I suppose Prince Kayf, one of Richard’s (Gilbert) horses is one. Obviously because the season was cut short, he only had two runs over hurdles this season. He won the French Furze at Newcastle, and then he got beat by a promising horse of Olly Murphy’s called Overthetop.

It’s been a little bit stop start, and obviously the weather hasn’t really helped. I think landing with Richard (Gilbert) helped, and things picked up rapidly from there. Before that I was quiet enough throughout the summer months and the beginning of the season. Since that new job came around things were starting to pick up, and I was on course to have a really good season.

Definitely, he’d have to go up a few pound. We were aiming him for the Eider this season, and I was really excited to ride him in that but obviously it got called off. It wasn’t to be but hopefully next year we can run him in it. He’s definitely a very promising horse for the future.

I’d say Goshen in the Champion Hurdle. I know he had a mishap at Cheltenham, but he looked like he was going to absolutely bolt in, and he looks like a proper animal. I’d say he’s gonna be one that everyone is talking about in the future.

I know people could criticise his jumping, but what happened at Cheltenham was just a freak thing. 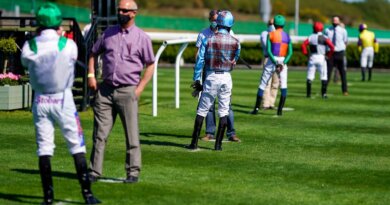 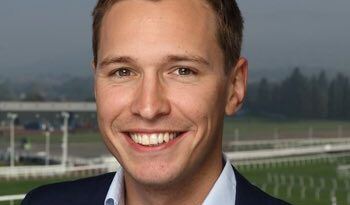 An interview with Oli Bell: “Take every opportunity that comes your way. No matter how big, small or important you think it is”