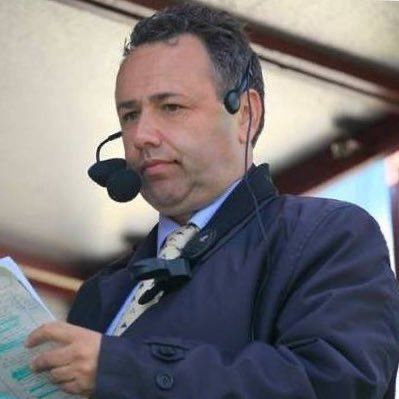 I was five years old and it is one of my earliest lifetime memories. Grand National Day 1973 when Red Rum beat Crisp in probably the best horse race you’re ever likely to see. I remember my Dad saying ‘what do you want to bet in the National?’. He used to get the ‘Horse & Hound’ and ‘The Field’, two magazines. There was a photo of Spanish Steps on the cover of one of them, and I said ‘I’ll back Spanish Steps’. I had 10p each-way on him, and he finished fourth. Red Rum beat Crisp as we all know. I always remember my Great-Grandfather, he was a first-world war veteran, he lived with us, I was 12 when he died. Now he backed Crisp, and I always remember him cursing Red Rum.

I was just captivated by the whole thing, remember in those days we would have watched this in black and white. My Dad and my Mum bought me a rocking horse, and on a Saturday afternoon I used to sit on this rocking horse. My Great-Grandfather would have a bet, we used to watch ‘World Of Sport’ so we’d see the racing, and he used to love the wrestling afterwards.

I was just hooked from five-years-old. When I was in primary school, I’d be rushing home to watch the last race on the television. Jumping came first obviously, it was the Grand National and the Cheltenham Festival. I quickly got into flat racing as well, and I was just hooked. Most lads in the summer holidays would be playing football on the green, not me I’d be sitting at home watching the racing. It wasn’t betting, I wasn’t interested in betting. It was just the spectacle and the sport itself. You used to have a football bag or a sports bag, and I was more into football then than I was now. I’m not that into it now, but in those days I used to be a big Manchester United fan. I always remember having a Man U sports bag to take to school, but I used to write the names of racehorses on mine. I had Red Rum, Spanish Steps, Sea Pigeon and Greville Starkey.

I suppose the race calling bit came seriously when I was in High School. Your career teachers would be asking what you’d like to do as a living, and I was captivated again by Peter O’Sullevan. I just thought ‘god, that’s an exciting job’.

I remember my Dad wrote to Peter O’Sullevan when I was 10 or 11, and got a letter back in which he gave me some advice. On a Saturday afternoon and in the school holidays, I’d be watching the racing with the volume turned down to practice the commentary. On a Friday night I would draw the colours out for Saturday’s racing. I would get the felt tip pens out and I had a list of the owners. I would practice and then record myself doing the commentaries during my high school days.

Living in North Wales, we used to pick up RTE radio, the Irish radio. I’d listen to Michael O’Hehir doing the Irish racing on a Saturday afternoon, and in the 80’s they recruited Aussie Jim McGrath. That was the first time I’d heard ‘Aussie Jim’ around about ’84. I thought ‘God, he was bloody good’, so that’s where I got the interest in race calling from.

My Mum and Dad would go to the careers advisors at school, and they used to put me off saying ‘that’s not a job, that’s not a career’. I’d love to go back there now and stick two fingers up at them!

When I left school, I got a job in a furniture store and funnily enough the guy in charge of the store was an ex-jockey. The guy in charge of the printing company who did all the work for the furniture shop became a friend of the proprietor, and one of his jobs was to print racecards at the local harness racing track. There was a grass field and they used to race there from late-May to early-September, once a week on a Wednesday night.

I wasn’t really into it but he came in one day and said they were looking for somebody to replace their regular commentator who was missing a couple of meetings to go on holiday. He asked whether I’d be interested to go there and have a bit of a trial. I went there and I think the trial might have been the day Reference Point won the Derby. The first race I called was a three-runner harness race, and I was shaking in my boots. That was my first broadcast, and I started getting a few harness meetings as a result of that. I used to go from North Wales to York on a Saturday night. I would get the train to Manchester and a lift from there. I’d get £15, that’s all it was, but I just wanted the experience.

Then what happened was when a neighbour of mine heard a promotion on BBC Radio 2 looking for an amateur sports commentator. So I entered this competition, and the country was split into eight regions. There were five regions of England, Scotland, Northern Ireland and Wales. What you did was chose your sport. There were eight events and fortunately horse racing was on that list. I went to BBC Radio Wales HQ in Cardiff, and Steve Ryder was one of the judges. He hated horse racing, absolutely hated it. I’d won the regional final and so had qualified for the National final in early-December. It was at The Oval, and my late Grandfather came with me. Along with Steve Ryder, John Inverdale was another one of the judges. In the National final I had to call Nashwan in the King George, then there was a tie-break and I had to do a piece of radio commentary on a Wimbledon final. Well that was an absolute disaster. I had no interest in it whatsoever, and finished third. But as a result of that, I started getting work every now and then for BBC Radio Wales.

I called the Welsh National won by Bonanza Boy. I used to do some of the Saturday meetings at Chepstow over jumps, and by doing that I bumped into some of the guys who used to work for the old Excel service which was just about to be taken over the Press Association. One of the guys who used to work for them was Mark Slater, and through him I met Martin Harris and then Dougie Frazer. Now they said to me ‘when there’s a lot of racing in the summer, our boss is sometimes looking for extra cover so we’ll take your name’. This was in February. I then heard nothing till about June, and got a phone call out of the blue inviting me to a trial at York. I was full of cold, but I went and he invited me back on the Saturday. Mid-July they started giving me regular work and I was on their rota. They had five regulars, four of them had regions and there was me filling in the gaps. One week I could be in Scotland, and then the next down at Lingfield. I used to do about five or six days a week and that lasted for about two years.

I started getting work for the Racing Post and the Sporting Life. I had to leave harness racing for about two years, and then I went back to it. I read that SIS were looking to recruit about two of three commentators. Wolverhampton had a harness track on the outside and they wrote to SIS on my behalf saying they should look at me, so that’s how I became a racecourse commentator in 1998.

Well certain races you always remember. Obviously doing my first Grand National for BBC television, that meant an awful lot. When I got that gig with the BBC I was part of the commentary team when Amberleigh House won in 2004. When I was a kid I always said I had two ambitions, to be a race caller and to call the Grand National. I had to pinch myself that day. I’ll be honest, I was shaking in my boots, I really was. I was as nervous as hell, it’s the most nervous I have ever been in my life. Everywhere you looked, it was Grand National day and I thought ‘bloody hell, millions are going to listen to me this afternoon’.

I remember parking up at Aintree that day thinking ‘now come on, shake yourself. This is what you’ve always wanted in your life.’ The night before I had a missed call from Graham Goode. He said to me ‘you’ll be fine tomorrow, just take a deep breath’, and I’ll never forget that. It was a monumental day. I so wanted to get those words out: “there crossing the Melling Road”. I got a lot of satisfaction out of that, a lot.

Well it is, but at the end of the day we’ve got to give ourselves a reality check. There are people dying out there. Admittedly, we’re a massive industry, but what is sport? Sport is a great triviality isn’t it? In the grand scheme of things, that’s all we are. We tend to get wrapped up in our little cocoon, in our own little world, wondering when racing will return.

Well first of all let me just say, regarding proper racing, it’s a good job we got three-quarters of the season done. It’s a major blow to racing that our biggest event can’t take place next week. Let’s not make a big issue out of this, the National is the biggest event, not Cheltenham.

I’m convinced what will happen is that when racing does return, and I don’t think there will be an explosion of meetings, I think the BHA and the European Pattern Committee will need to discuss a revamped pattern for the 2020 season. They’ll have to work back from the Autumn I.e. Prix De L’Arc De Triomphe and Champions Day to try and salvage the season.

Let’s say for example we’re in a position to resume racing in July. Races like the Eclipse would obviously fall by the way side. A starting point for the pattern would be the Guineas with a three-week break to the Derby. If they could get the Derby run by early-August, I see no reason why the Juddmonte at York couldn’t take place. You could always reschedule the King George to September. I certainly think you could try and save a few of the=ose weight-for-age races.

Major soft spot for Aintree, because I just love the National. At the end of the day, the National is our shop window, don’t care what anyone says. Whether you’re the biggest flat aficionado going, the Grand National is our shop window. One of my pet hates is when people run scared of the National. People almost want to stand there and apologise for the National, there’s no need to do that at all. We should be proud of it, it’s the race that sells British racing. It’s the only race that matters to the man in the street.

Follow your dreams, follow your ambitions. Devote an awful lot of time, seek as much advice as possible but most of all practice. Practice.

You’re luckier in the age we live in that you always have access to race footage. Back in my day we were relying on BBC, Channel 4, ITV to show racing. We had no racing channels. 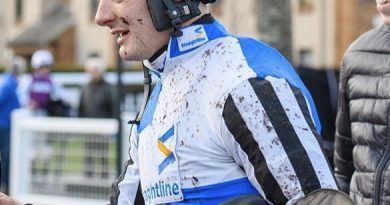 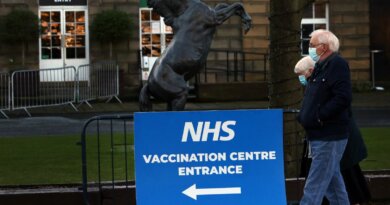