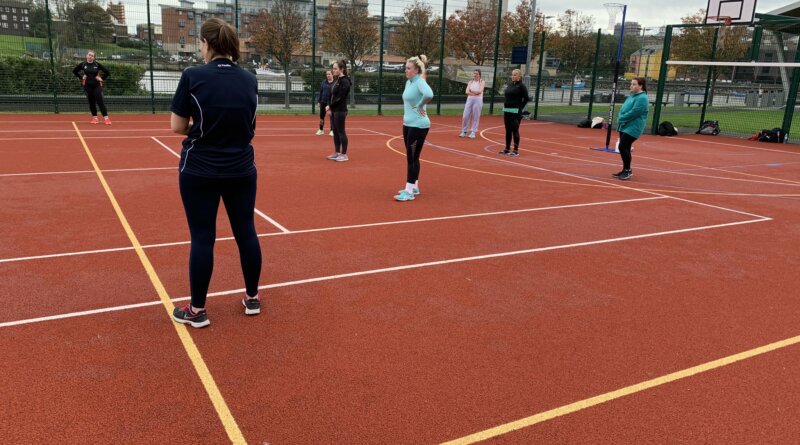 Team Sunderland Netball team haven’t allowed the lockdown restrictions to dampen their spirits and have made the most of the time they’ve had as a team this academic year.

The challenges of lockdowns and various restrictions imposed upon sports teams has meant they’ve had to improvise to engage members both old and new.

Team Sunderland Netball Coach Natalie Connor has played a pivotal role in enabling the team to thrive in these unprecedented circumstances.

Due to the nature of the restrictions the team were unable to meet up physically so had to replace their on-court sessions with online sessions.

Natalie said: “During Lockdown 2 we ran two netball specific sessions a week for all players, involving a mix of fitness, ball skills and court-specific skills.

“Imagination was required with limited space, but also not everyone having a ball to begin with. Players were very creative using tennis balls, socks, fruit. An onion even made an appearance for some ball skill work.”

In addition, Team Sunderland and CitySpace Fitness provided strength & conditioning sessions which proved popular with the members and enabled the team to train three times a week.

Natalie continued: “During Lockdown 3, things have ran slightly differently, as I’m not far off having my first baby! Therefore I’m not able to jump around in my front room, to deliver the intensity needed for the fitness sessions.

“The club selected two of the ‘live’ sessions delivered by the university, which players try to attend together. If they can’t, they have access to the other ‘live’ and ‘on demand’ sessions available”

In addition to these sessions, Natalie is running the traditional ‘off-court’ sessions online, exploring topics such as mental health wellbeing, performance analysis and nutrition. The netball welfare officers have been on hand to offer support and check in with their teammates.

The team also raised a fantastic £500 for St Benedict’s Hospice through their sponsored walkathon and social events as well as being recognised as the Vice Chancellor’s Club of the Month for September.

Natalie added: “As tough as it’s been not being able to play in BUCS, this year has given us an unusual opportunity to engage with players who would potentially not have made it into a BUCS team, and might have walked away from netball.

“This engagement has allowed friendships to develop, but also skills and fitness to be built upon for next year.”

President of the Netball Club Philippa Nilsen has been really impressed with how engaged the team has been in spite of all the challenges they’ve been posed with.

She said: “Despite multiple lockdowns, changing tier systems, and several weeks of self-isolation for most, we have still achieved so much. I am very proud of all the girls for demonstrating such resilience and continued commitment to the sport.”

Team Sunderland Sport Development Manager Sean Percival said: “Netball’s commitment to creating an inclusive club atmosphere for current and new members to train and meet socially, albeit virtually, whilst raising money for such a good cause should be applauded especially in this current pandemic.

“We are fortunate at Team Sunderland to have clubs that have worked extremely hard to engage, support and retain their members during this academic year”.

Natalie added: “There have certainly been challenges, as not everyone has the space or environment to get online; many of our players work or are on placement within health care, so are on the front line during the pandemic; and there is online fatigue.

“But hopefully, we have been able to provide a programme which has supported the students and community players with their physical and mental wellbeing, as well as keeping the optimism for getting on-court in the summer term.” 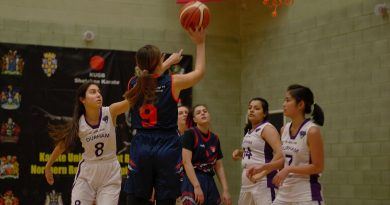 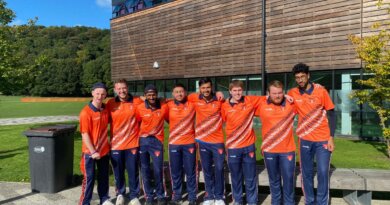 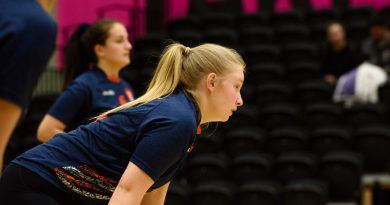