Hartlepool United will look to close the gap at the top of the National League table when they host Yeovil Town at Victoria Park on Saturday.

Last time the clubs met, Pools beat the Glovers convincingly, with goals from Luke Molyneux, Gavan Holohan and Tyler Magloire allowing them to leave Huish Park with a 3-1 victory.

At the time, Yeovil propped up the rest of the National League, but manager Darren Sarll has turned things around, winning six of his last nine games, and his team now sit eight points above the drop zone, and will no doubt fancy their chances against Pools.

If Dave Challinor’s men are to secure the double over the Glovers, they will have to be wary of their prolific frontmen.

His team are already familiar with Rhys Murphy and Scott Quigley, both having scored against Pools during Challinor’s time at the club.

Although Murphy has failed to live up to the standards he set last season, when he netted 17 goals in 30 league appearances, he still has five league goals this term.

Two of those goals have came in his team’s most recent games, which they won 3-2 and 2-0 against Boredom Wood and Altrincham respectively.

When the two sides met in January 2020, Murphy was also controversially shown a red card after an off-the-ball incident, which allowed Pools to take advantage and secure a point at Huish Park.

Meanwhile, Quigley is having his best season yet, with seven goals in 17 league games, one of which came in that 3-1 defeat back in November.

Challinor will be hoping that his own striking duo of Luke Armstrong and Rhys Oates will be able to carry on their recent form.

Armstrong is Pools’ top scorer, having scored seven goals in just 10 games since signing on loan from Salford City, and after a slow start, Oates has scored four goals in his last eight, proving why Challinor brought him back to Victoria Park for a second spell at the club.

If they are successful on Saturday, Challinor’s men could potentially regain second place, putting the pressure on Torquay, but both Sutton and Notts County have two games in hand. 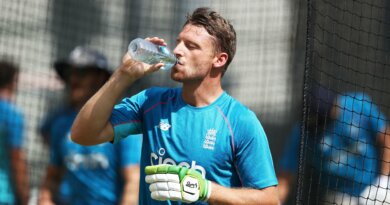