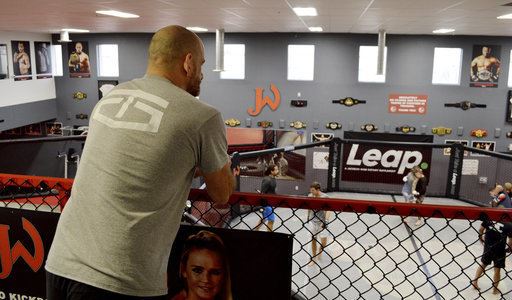 MMA may not be the first thing you’d think of when asked about university sport. You’d likely mention some of the more traditional university sporting activities. Rowing or rugby, those classic middle-class sporting traditions, are as popular as ever in academic circles.

Perhaps you’d think of something more grassroots, like football, with it’s ever enduring popularity and growth. As university becomes more and more accessible to those of working class and poorer backgrounds, what one would think of as a “university sport” is ever-changing. Tradition is eschewed in favour of meeting the demands of the student population. University isn’t the academic old boys club it once was.

There are those who wish to change that. For a sport once described by senator John McCain as “human cockfighting”, the 2010s has seen it boom in popularity to a degree thought impossible as little as 10 years ago. The stigma of brutality and barbarism which once held the sport back is gradually being eroded away by increased efforts to legitimise it.

University is no exception. Northumbria University has always prided itself of sporting excellence. As times change, the culture surrounding sports in higher education adapts, and Northumbria is often at the very forefront.

Alex Findley is a student studying a Masters in Law, and is the current president of the Northumbria University MMA club. One of the first of its kind in the UK, the club aims to get students from all walks of life active and engaged with the fastest growing sport in the world.

Alex believes that the growth of MMA’s mainstream appeal has been obvious to see when looking at the way the club has been attended in the last few years.

“I think Mixed Martial Arts in general has become a lot more mainstream,” Alex told me, “What with the UFC, stuff like Joe Rogan’s podcast, all those different kinds of media outlets.

“It’s really increased the demand for it, and the interest, we always get an increasing number of students joining the club year-on-year, when looking at our previous record of attendance every year. I’d say it’s really helped the club to expand.”

Alex has been involved with the club for 3 years. In that time, he has seen exponential growth in concurrence with the sports boom in mainstream popularity. Alex says that it isn’t just the hardcore fans and fighters who sign up anymore.

“The skill level, it’s all mixed ability. We’ve got people from a lot of different martial arts backgrounds,” said Alex, “We’ve got people coming from the more traditional stuff like karate.

“We’ve got kickboxers, people who do BJJ, we’ve got people who’ve just done MMA in general. It caters to everyone. We’ve got loads of people who are absolute beginners, who’ve never done MMA or martial arts before.”

Alex believes that being backed by the university as an official club has helped destigmatize the sport on campus.

“I just think that because university sport is very heavily regulated but is also highly recognisable, I think us being in with that kind of community helps improve our reputation as a club,” said Alex.

“I think that a lot of universities are trying to get it accepted as part of their sport community as well, which is always a good thing to see. I think having it fostered in a community of education is really helpful for helping the sport expand.”

University is an ever-changing environment. People from all walks of life come and go, a revolving door that never stops turning. Alex believes that the skills and ethos instilled in the students at the club helps them carry on their training once they have left the university.

“There’s a lot of local clubs around her, so once they’re finished here they’re always welcome to go to other clubs,” Alex said, “We compete semi-regularly, and that helps us make connections.

“Say they move back home, and they might go to a club and be like ‘ahh I remember them from the competition, I’ll train with them.’”

It isn’t just about community though. Fighting is a competitive art. The thrill and excitement of seeing two people engaged in primal combat is like little else on this Earth. Despite how lax and friendly the atmosphere is at the club, Alex says that competition is a key part of their operation.

“The next upcoming competition is the University Kickboxing Championships,” Alex said, “That’s in March next year. We’ve never done that one before so that’s completely new.

“We compete in BJJ semi-regularly, there’s not too many local competitions but if there is one we try and get down there, like Versus Grappling, that’s up here, about 10 minutes away from here.”

Inclusive and friendly, yet rigorous and competitive, the MMA club at Northumbria University is a perfect example of how MMA can be woven into the fabric of the university tapestry. Some may still look down on the sport with condescension and disgust, but when people like Alex and committed to changing the stigma of MMA at this level, those doubters grow smaller in number with every passing day. 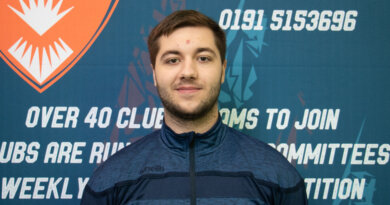 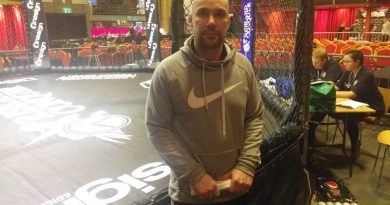 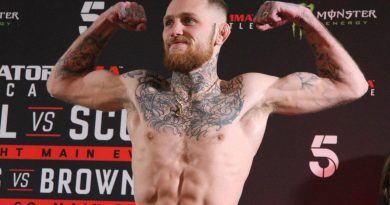