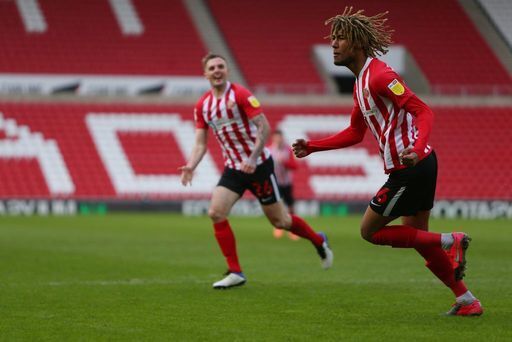 Sunderland closed in on the automatic promotion places with a 2-0 win at home to Rochdale.

Dion Sanderson opened the scoring for the home side with a header in the seventh minute.

The Black Cats doubled their lead in the 35th minute through Charlie Wyke.

Lee Johnson handed a league debut to young centre back, Ollie Younger, who came in to the side at right back.

Brian Barry-Murphy’s team arrived at the Stadium of Light on a barren run of form, having not scored a league goal since February 9.

Sunderland took the lead early when Aiden McGeady’s free kick was whipped in to the back post and met by Sanderson who headed it past Gavin Bazunu.

Rochdale kept possession well despite being a goal down in the first half, and could have equalised through Kwadwo Baah and Stephen Humphrys, but both were thwarted by Luke O’Nien.

Jordan jones had the beating of his man throughout the first half, and in the 35th minute he put a pinpoint cross onto the head of Charlie Wyke, who scored his 20th league goal of the season.

The away side almost snatched a goal back in the last minute of injury time in the first half, but Ollie Younger was alive to head the dangerous cross out of the six-yard box.

Rochdale again had large parts of possession in the second half, but could not break down Sunderland’s defence, with their best chance of the second half falling to Humphrys again in the 54th minute, but Lee Burge denied him with a good save.

Sunderland are now unbeaten in six league games, and winning five of those games, but a big test awaits on Tuesday against League One rivals Portsmouth. 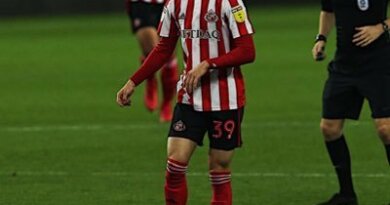 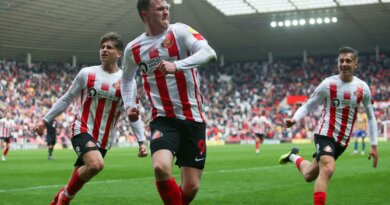