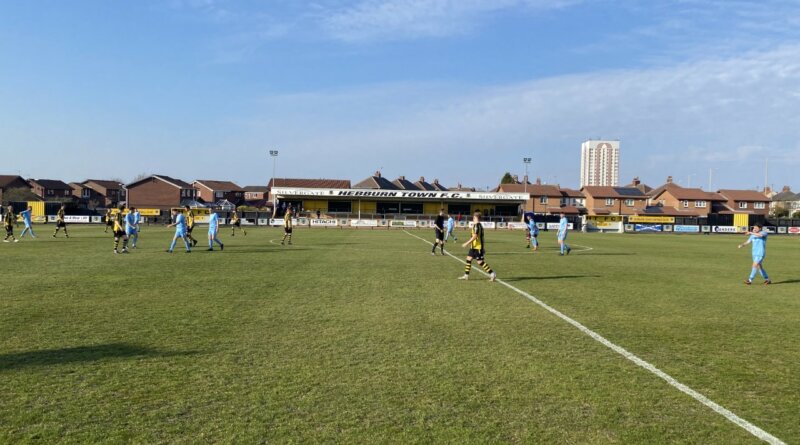 Hebburn Town continued their cup run after they edged past Liversedge to secure their place in the last 16 of the FA Vase.

Hebburn opened the scoring in the 31st minute through Amar Purewal before Thomas Greaves equalised for the away side 2 minutes later.

Michael McKeown’s 71st minute strike proved to be the winning goal and secured the Hornets place in the next round.

Both sides were embarking on their return to the competion following its suspension due to the Coronavirus.  Town were also hoping to reach their second consecutive Vase final after last season’s Wembley showpiece was finally confirmed for May 3.

The Hornets showed no sign of any lockdown induced cobwebs and took control of the match, dominating possession of the ball and keeping the visitors camped in their half.

The home sides early dominance was rewarded when a Michael Richardson

corner was met by Purewal who headed home a deserved opening goal for Hebburn.

After the goal, Liversedge were sparked into life and almost scored an equaliser in the 34th minute when they rattled the bar following a corner.

The Yorkshire side then made their breakthrough when Greaves latched onto a through ball and slid the ball past Mark Foden in the 35th minute.

Hebburn’s winner came in the 71st minute when McKeown delightfully side footed the ball home after good work from the left. McKeown almost grabbed a second in the 85th minute but his effort blazed over the bar.

Hebburn Town managed to see out the match and will face Congleton Town in the next round of the Vase. Before that the Hornets face a midweek clash against Birtley in the Durham Challenge Cup.