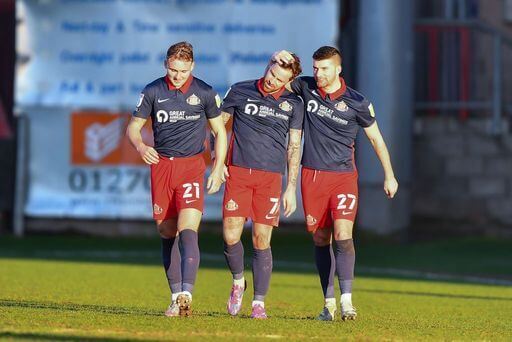 Sunderland ended their run of defeats as they drew 2-2 with league leaders Hull City at the KCOM Stadium.

The Black Cats took the lead twice, first through Lynden Gooch in the 10th minute and then through a Grant Leadbitter penalty in the 32nd minute.

Hull responded both times with goals from Josh Magennis in the 28th and 64th minute.

Lee Johnson’s side were without Aiden McGeady for the first time since he came back into the team as he was ruled out with a foot injury.

The Black Cats started on the front foot and almost found a lead in the eighth minute, but Gooch’s cross found Jordan Jones, whose header hit off the bar.

The duo combined successfully in the 10th minute when Gooch’s cross was met by Jones, and his volley sailed past Matt Ingram.

Hull should have equalised in the 18th minute as Mallik Wilks found space in the six-yard box for a tap-in, but he got his footing all wrong and missed the ball.

The home side levelled the scoring in the 28th minute when Magennis met a cross and headed past Lee Burge.

Sunderland responded in the 32nd minute after Callum Elder was penalised for a handball, and Leadbitter slotted the penalty into the bottom corner.

Wilks was a thorn in Sunderland’s side all game and in the 64th minute, he claimed his second assist of the game as Magennis met the cross with another powerful header past Burge.

The Black Cats nearly clinched victory in the first minute of added time as Chris Maguire’s cross found Aiden O’Brien, only for his header to strike the bar. Sunderland’s automatic promotion hopes continue to slip away, and their next game comes against Accrington Stanley at home. 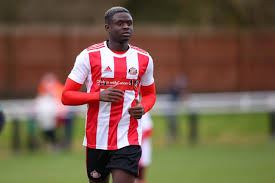 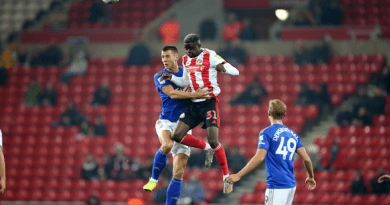