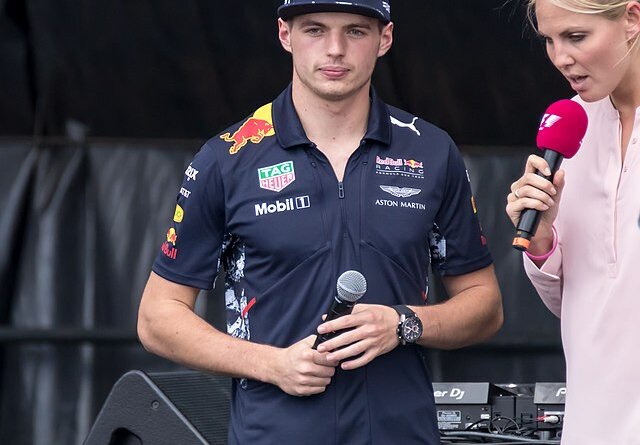 Max Verstappen extended his lead of the drivers’ championship to 12 points as he won the US Grand Prix despite a nail-biting chase from chief title rival, Lewis Hamilton.

1.333 seconds separated first from second as an unmissable finale brought together all the joys that this season had provided spectators.

Despite losing out on a seventh win in Austin, Hamilton picked up a bonus point in addition to his 18 for finishing second, because he had the fastest lap.

And rounding off the podium position was Red Bull team-mate, Sergio Perez, who secured his second podium in a row following Istanbul last time round.

Verstappen started on pole position, owed to his fastest lap in qualifying by about 0.200 seconds on Saturday, and knew that Hamilton would start on the inside and could pose an advantage from the start.

Many speculated contact could be made on lap one, turn one and had anticipated another war of words to mark a further chapter in the championship story.

The Belgian-Dutch driver turned in to prevent Hamilton’s stronger start heading into turn one but it wasn’t enough to prevent the seven-time world champion cutting ahead down the left-hand side.

Verstappen was pushed off-track at the turn which gave Hamilton a lead that, without strategy on Red Bull’s part, could confidently be held.

We saw shades of that at the last race in Istanbul, when Mercedes team-mate, Valtteri Bottas, held his lead all race: there was virtually no competition for much of that grand prix.

Later that lap, Carlos Sainz of Ferrari was ‘sandwiched’ between two McLarens (Daniel Ricciardo and Lando Norris); Ricciardo to his right and Norris with the benefit of a slipstream to his immediate left.

Though Sainz was pushed wide he regained composure and stayed ahead of the two McLarens for the time being.

Esteban Ocon pitted on lap two to change a damaged front wing which had been clipped as he made turn two by an Alfa Romeo car.

By lap 11 the necessity for Red Bull to try an aggressive undercut was sought and Verstappen pitted for a hard tyre compound.

The benefit of hard tyres is that they are long-lasting, very durable though they are slower as the hard tyres cannot grip the asphalt track as well.

“It was going to to put us under pressure at the end, because invariably they would go long.”

A smooth 2.9 second pit, followed three laps later by Hamilton’s calm 2.8 second pit, gained Verstappen a lead he would hold for about 15 laps.

Pierre Gasly, however, was ruled out with a “sensor issue” by lap 15.

He said: “It was quite eventful, we had a sensor problem on the grid.

“After the start of the race, we had a suspension failure which got worse lap by lap until the moment it completely failed so we had to retire the car.”

Fernando Alonso and outgoing Alfa Romeo veteran, Kimi Raikkonen, made brief contact as they went wheel-to-wheel on lap 16 – Raikkonen on the outside lane was unable to clear at turn one.

Alpha Tauri driver Yuki Tsunoda’s defensive capabilities must be applauded, first holding off Hamilton at Istanbul and Bottas in Austin but on lap 20, experience overcame youth.

Tsunoda came deep at turn one and Bottas took the inside lane which gave him the overtaking advantage in that case.

Despite protesting that “Alonso pushed me out”, Antonio Giovinazzi of Alfa Romeo was ordered to give position, owing to a challenge on lap 25 similar to one made four laps earlier.

Giovinazzi was forced wide and gave a small shove to Alonso in the Alpine – small margins like these could prove crucial with Giovinazzi’s seat rumoured to be up for grabs ahead of next season.

Verstappen made his second pit in lap 30, hoping for his new set of hard tyres to offer the durability needed to hold his lead to the end.

Hamilton chose to pit eight laps later, lap 38, but with a pit stop that was four-tenths greater (2.4 compared to Red Bull’s 2.8 pit stop). Tight margins in F1 can matter a lot.

Sainz in lap 43 wheeled close on the outside to McLaren’s Ricciardo and made contact.

Sainz said: “That got a bit dirty. He did that on purpose.”

By lap 49 commentators speculated that Hamilton could be within DRS range in as little as three laps (seven laps remained at this point), which would set up a nail-biting conclusion.

Kimi Raikkonen was knocked off the track in lap 52 which enabled Aston Martin’s Sebastian Vettel to overtake his 10th-place and be in a points-winning position.

Three and a half miles separated Verstappen and his eighth win of the season, but it also separated Hamilton and his dreams of making it a seventh win in Austin.

The great advantage was although Hamilton had DRS enabled, so did Verstappen because he had lapped Mick Schumacher – there was conflict moments before as Schumacher’s Haas failed to clear early.

Verstappen kept calm and the threat of losing out in the final lap simmered as for the first time in his racing career, he won the Circuit of the Americas.

Horner added following the chequered flag: “Max did a fantastic job managing the degradation and having enough rear tyres left for this final five laps, a phenomenal performance by him today.

“A big win for us at a circuit that Mercedes and Lewis have been so strong at in the hybrid era.”

“Lewis drove awesomely. He brought in the tyre, remained calm, even though we had 6.5-second deficit and then 8.5secs on the second stop.

“He increased the pace and at a certain stage it was a massive difference.

“That was brilliantly executed but [he was] just not close enough at the end.

“When you follow a car you start to suffer a bit. It is what it is and you need to congratulate Red Bull.”

The next F1 race is in Mexico City on Sunday 7 November at 7.00pm as the 2021 season enters its final five weeks. 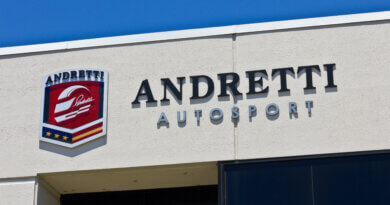 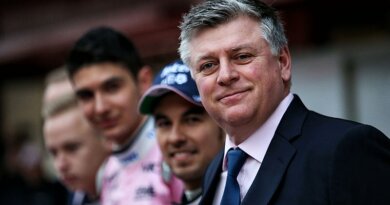 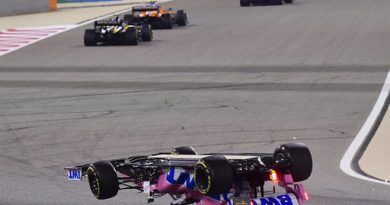