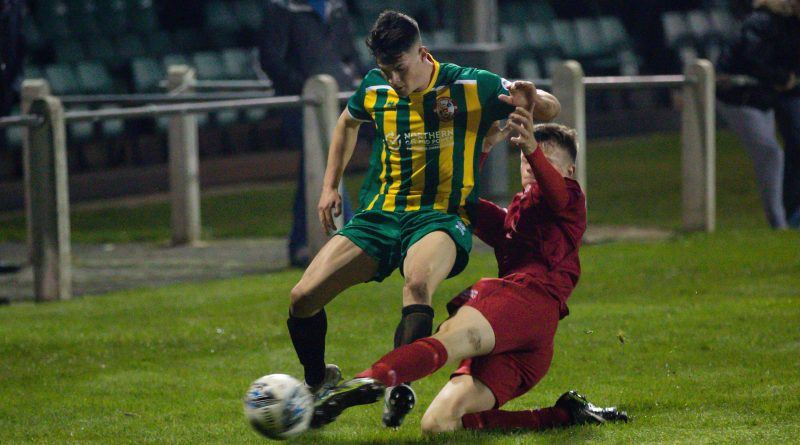 A Cam Cunningham double helped North Shields to a 4-3 win over Newcastle University, securing their place in the knockout stages of the League Cup.

Niza Chilufya halved the Robins lead before Cunningham’s late goal looked to secure the win for the visiting team.

And despite a late Will Christopher goal for the Uni, Shields held on to seal their progression.

After a bright start, Campbell connected with a whipped Nick Cassidy cross in the tenth minute to give the Robins an early lead.

However, Newcastle Uni soon found themselves level when Noah Neill capitalised on some poor defending, in the 14th minute, to hammer a close-range effort into the bottom corner of the net.

It didn’t take the Robins long to respond to this setback and in the 21st minute, Paul Robinson picked out Patton with a through ball, leaving the former Bishop Auckland winger with a simple finish.

Then, with minutes until half time, Shields added a third to their tally when Patton turned provider to feed Cunningham with a perfect chipped cross. A powerful header from the former TyneMet product gave saw the Robins enter the break two goals up.

A quiet start to the second half saw both sides struggle to create any meaningful chances.

However, Newcastle Uni pulled a goal back in the 78th minute when substitute Niza Chilufya was in the right place at the right time to fire a deflected ball into the back of the net from close range.

With Uni pushing forward in search of an equaliser, the Robins killed off any hopes of a comeback when Cunningham scored his second of the game in the 86th minute. After collecting the ball on the flank, the youngster weaved his way past tiring defender before firing a low shot past the keeper.

Newcastle Uni weren’t to be kept quiet and with seconds remaining, Christopher tapped the ball home from one yard out, despite cries of offside from the Robins defence. 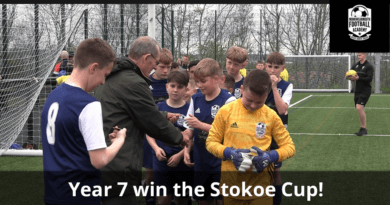 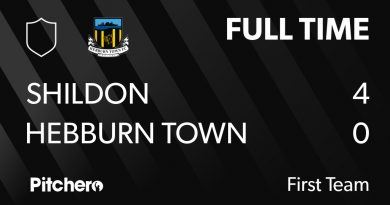