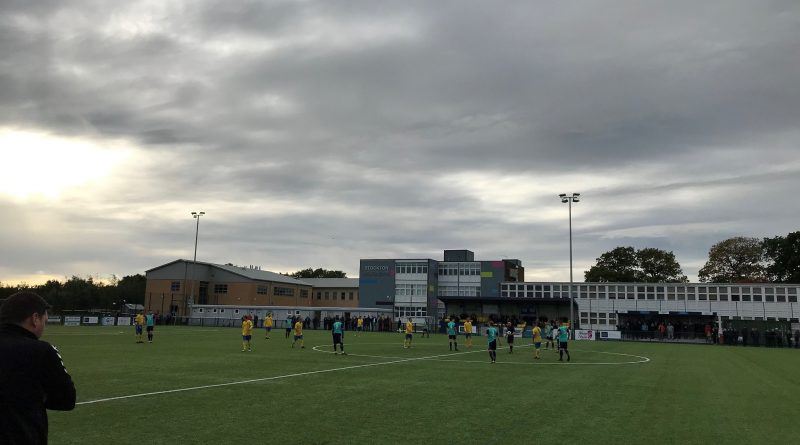 Substitute Taylor Richardson’s superb 80th minute equaliser was enough to earn a depleted Seaham the point their second-half display deserved on Saturday afternoon after Jamie Owens had given the hosts the lead before the break at Bishopton Road West.

“A game of two halves,” felt like a fair summary of an entertaining contest as Seaham Management Team member Simon Johnson reflected on the 1-1 draw at the home of the side currently fourth in the division.

The visitors would come on strong late in the contest but they had to work with their backs against the walls for much of the opening 45.

The Anchors came close on three occasions within the opening 11 minutes alone as Fred Woodhouse, James Risbrough and finally Owens all worked their way into a shooting position in the box but all narrowly missed the target.

Richard Coulson found the gloves of Callum Roberts at the other end shortly after but the vast majority of traffic was continuing to head in the opposite direction.

Owens was unfortunate to hit the bar with a deft chip in the 18th minute after a scramble in the box forced Chris Bannon off his line, while Adam Nicholson sent a left-footed volley over from a corner in the 25th.

Risbrough was superbly denied by Bannon moments later when he was found in the box by Dan McWilliams before seeing his shot towards the far-corner palmed wide by the visiting stopper. The pressure soon told, though.

McWilliams delivered to Risbrough again and the winger’s clever flick-on found the run of Owens who bundled the ball past Bannon and into the bottom-left corner.

It was a blow to The Star but, vitally, they stemmed the flow of opportunities for the hosts for the remainder of the half and came out looking refreshed after the break.

Daniel Hawkins headed Morgan Dart’s inviting free-kick delivery narrowly over in the 50th minute and with the game now noticeably more end-to-end, Seaham looked to capitalise on the increased space.

Something they very nearly did 14 minutes later when David Henderson’s perfectly weighted pass put Dan Wilson through but the striker’s right-footed shot was saved sharply by Roberts who then bravely gathered the loose-ball.

Bannon was called into action himself moments after as he had to carefully watch the bounce to keep out a downward header and Risbrough struck the left-hand post from a tight angle on 73 minutes, but the Stockton openings weren’t looking as clear as they had done in the early stages.

Which was what allowed Richardson to level the game in the 80th minute. And he did so brilliantly. Bannon launched the ball upfield and towards Dan Wilson, who allowed it beyond him as he battled with a marker, giving the teenager the chance to race onto it on the left side of the box.

It looked like he had nowhere aside from the corner to go but, with one Cruyff turn as the ball bounced, he took himself inside another defender and was left with only Roberts to beat. Something he did emphatically with a powerful right-footed shot that whistled across the ‘keeper and into the bottom-right corner.

Both sides went in search of the three points in the minutes that remained.

A Stockton free-kick was whipped narrowly over from 25-yards while Dan Wilson sent a low right-footed attempt from similar range a yard or so wide of the bottom-left corner at the other end. Sharing the spoils felt the fairest outcome, although it was one neither side will likely have been fully satisfied with.

“That’s our platform,” concluded Johnson, as he looked ahead to the rescheduled visit of Horden CW on Tuesday night.

“We’ll move on now to Horden on Tuesday night in the Durham Challenge Cup. Local derby, getting lads back now so hopefully we can move on from here really.” 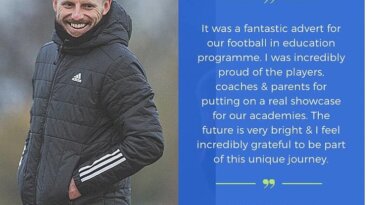 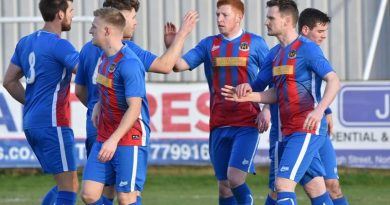