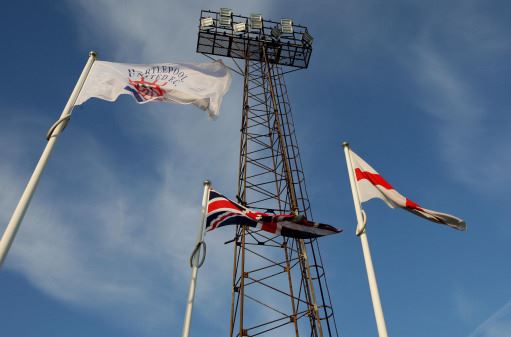 When the National League was brought to a grinding halt due to the outbreak of the Coronavirus, Hartlepool United sat in 9th place, just three points outside of the play-offs.

We spoke to Brian Honour to discuss why he’s a big fan of Dave Challinor and wasn’t keen on Dave Jones, how the ‘North West Corner’ are the driving force behind the club’s form and why he believes Premier League clubs should help lower-league clubs with their finances in these unprecedented circumstances.

Since his playing days in which he spent 10 years at Pools, Honour has remained connected to the club and the Hartlepool faithful through his commentary on the club’s website and YouTube channels.

Despite Honour saying he loves taking part because it’s him “watching his favourite team”, it doesn’t compare to actually being on the pitch and playing.

“If I could turn the clock back to any period of my life it would be when I played for Pools, especially that promotion season. I’m sure any coaches or managers around the world will tell you that.

“Playing is everything in my honest opinion.”

By the end of 2016/2017, Pools’ final season in the Football League, it’s fair to say that the club’s fans had endured more hardship than most.

Honour believes that if anybody has their loyalty tested in the last 10 years it’s Pools fans.

Just a few years earlier, the club had survived by the skin of their teeth with the ‘Great Escape’ under Ronnie Moore, but now under Dave Jones, the club didn’t have the same fight.

Honour thinks that where Jones went wrong was his failure to build up a rapport with the fans.

“Dave Jones came in and didn’t buy into what the club or town was about.”

Honour believes that this was the toughest period of being a Pools fan.

“The period under Dave Jones was awful.

“There were the performances on the pitch, and the fact that there were no relations between the manager and the fans.

“Did he think he was better than us or too big to be at this club?

“His attitude wasn’t good at all. I understand that people have different body language, so I wasn’t expecting him to be jumping around in the dugout, but he didn’t show any passion.

“That period made me as sad as I’ve ever been either watching or playing for Pools.”

It’s true, Hartlepool fans have had their loyalty tested in recent years. Many fans fell into the trap of expecting the club to bounce straight back and win promotion from the National League.

The harsh reality is, it’s one of the most difficult leagues to get out of.

Regardless of two seasons of relatively dire results and yet another fight with liquidation, the fanbase is growing once again.

Before the National League season was brought to an end, a crowd of 3,868 fans watched Pools host Ebbsfleet United at Victoria Park.

Honour says that he hasn’t “seen any support, home or away, in this league that touches ours.”

A crucial part in this resurgence has been played by what has become known as the ‘North West Corner’.

The North West Corner sits in the Neale Cooper Stand, and is without doubt the most vocal section of the Hartlepool United support.

In recent years, it has become something of it’s own brand, seperate from the rest of the Pools’ fans, even though they are still supporting the same team.

Honour is a huge fan of what the fans have been doing in recent years, and the way they get behind the team.

“It would have been easy for a lot of Pools fans to say that they weren’t enjoying it anymore and that the club was putting them through constant heartbreak and stayed away.

“In fact I think there’s a new generation coming through. I love the North West Corner and that there’s young people going in there.”

Another part is Pools’ form under new manager, Dave Challinor.

After a disappointing start to a season in which many had tipped the club for a promotion push, Craig Hignett parted ways with Hartlepool in October as the club sat in 16th place.

Following a brief period under former Hartlepool midfielder Anthony Sweeney who was placed in caretaker charge, Pools moved to secure the services of Dave Challinor, who had recently left A.F.C Fylde after almost eight years in charge.

Under Challinor, the mood around the club has been lifted, and this has resulted in an upturn in form.

Challinor is the club’s 5th manager since being relegated from the Football League in 2017, so Honour is hoping that the new manager can bring stability to the club where others have failed.

“I listen to Challinor’s interviews, and he doesn’t become irate when they lose or go over the top when they win.

“He’s just a sensible manager, and if I was a player I’d want to play for him.

“It’s just horrible that the Coronavirus has come along at this time, because I think we were in the middle of a decent run. We’ve got a good set of players, a good manager, and the best set of fans in the league.”

With the country now being forced into a lockdown, and no clear end in sight, clubs across the U.K have been forced into requesting that their employees take pay cuts, and in some cases making some members of staff redundant.

Lower-league clubs rely heavily on match day income, and with all matches being postponed for the foreseeable, their main source of funding is now gone.

Life at the football clubs have stopped, but the outgoings haven’t.

Honour believes that some clubs will struggle mightily in the near future, and the Premier League should step in to help.

“There’s no doubt about it, if this goes on for a long period of time, clubs will go out of business around our level.”

So far, nothing has been put in place, but without some action from either fans or fellow clubs, it’s almost certain that the Coronavirus will have a profound effect on clubs across the world, not just the UK. 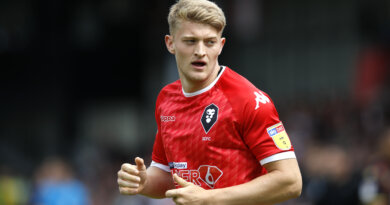 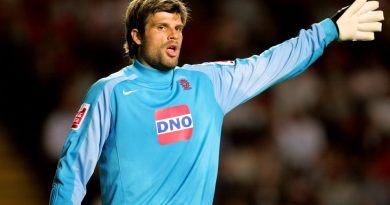