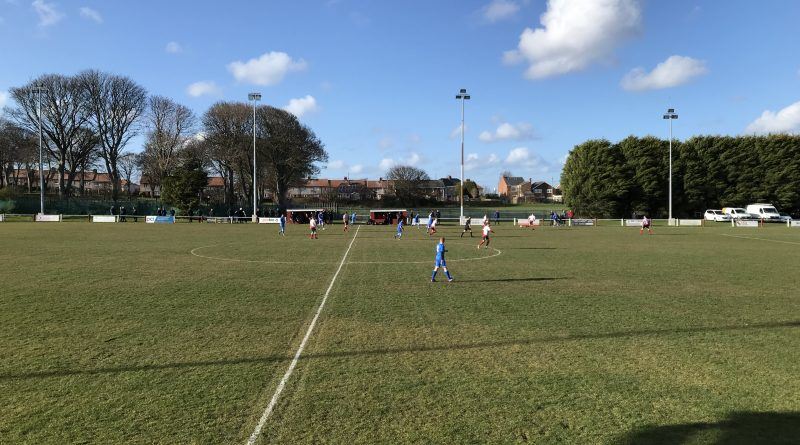 Mark Collingwood’s men made it three league wins in a row on Saturday afternoon at a bright and blustery Meadow Park. Late goals from Paul Gardiner and Morgan Dart proved decisive after a quick-fire strikes in the 67th and 69th minute from Greg Swansbury and Carl Lawson had cancelled out the 2-0 half-time lead earned by Dan Wilson’s opener and Craig Hodgson’s unfortunate own-goal.

The visitors bounced back from their 4-2 Durham Challenge Cup semi-final defeat at the hands of Sunderland U23s 11 days earlier with a victory by the same scoreline and a highly impressive display.

Speaking post-match, Collingwood said: “I was a little bit worried because I was thinking we were going to have the Sunderland hangover, you know, after the Lord Mayor’s show. But, to be fair, we’ve come here today and we’ve attacked them from the off. The game should have been done at half-time.”

The start undeniably did plenty to allay concerns that there would be any dwelling on that defat last time out.

With the wind behind them, Seaham took the initiative in the opening exchanges and ensured most of the early action was in the RCA half.

Sean McRoberts struck the post with a deflected left-footed shot in the ninth minute but the hosts did begin to gain a foothold in the moments after.

A dangerous low delivery was flashed across The Star’s six-yard box with no takers on 11 minutes but, just as the game looked to be taking a more even shape, Wilson opened the scoring.

He did so superbly in the 18th minute. A clever exchange with Gardiner got him into an inside-left position in the box before the forward opened up his body and bent a superb right-footed finish home via the inside of the far-post.

Seaham regained their dominant edge from there.

Richard Coulson was inches away with superb 20-yard looping effort that struck the inside of the post moments later and Liam Gillesphey forced a sharp save out of Dean with his own drive from range almost immediately after.

Coulson saw a left-footed attempt flash wide after he stole into the box on half-an-hour but the hosts would soon earn themselves a great chance to level the scores.

Lawson latched onto a slightly overhit cross from the right in the 36th minute to sustain a relatively rare first-half attack from RCA.

He made this one count though. He took on Joe Hailes and was brought down to earn his side a penalty.

However, goalkeeper Chris Bannon came up big. Dylan Elliott went for the bottom-left corner but the Seaham stopper read it and got down to his right well to palm it away.

His opposite number produced an arguably even more impressive stop six minutes later when Dean brilliantly clawed out a goalbound Anthony Myers’ header from a free-kick but fortune would dessert the home ‘keeper moments before the break.

In the second minute of first-half stoppage-time his attempt to clear Hodgson’s back-pass missed thanks to a horribly timed bobble and he couldn’t recover in time to prevent the ball trickling over the goalline.

Nonetheless, he proved key in laying the groundwork for the home side’s fight back early in the second period.

Within its opening 20 minutes alone he produced three excellent saves — twice from one-on-one’s with Wilson, once from McRoberts.

Kyle Davis also volleyed over in that time as Martin Swales’ men steadily began to pose more of a threat.

And the work at both ends was rewarded in the 67th minute when Swansbury volleyed home from close-range to half the deficit after Seaham failed to clear a corner.

Wind in their sails literally and metaphorically, RCA capitalised on their new found momentum almost instantly.

Just two minutes later they levelled. A superb passing move took them into the box and then gave Lawson room to shoot.

He used it emphatically as he got the ball out of his feet before planting it purposefully into the top-right corner from 15-yards.

Coulson almost swung the pendulum back in The Star’s favour as he headed against the post at the end of an attack that came virtually straight from the restart.

A ball lifted into his path from the right was taken brilliantly in his stride by the midfielder. He nodded it ahead of him to get in-behind the home back-line before sweeping a cool right-footed finish past the advancing Dean and into the net.

The Star put in a solid rearguard action when it was required for the remaining 15 minutes of normal time as RCA look for another leveller. But then the visitors pushed back.

Wilson broke in the 90th minute and was only denied his second by the studs of Dean’s left-boot.

Mark Davison was shown a straight red by referee Glen Hart moments later for dissent and Clayton Davis would suffer the same fate for a similar offence in the 93rd minute.

Substitute Dart had put the seal on the points in the meantime though. The teenager calmly converted the rebound after another effort from the tireless Wilson had been kept out by Dean.

“We’ve just got to make sure we carry this into our next game now.

“We cannot rest on this little run of form, we’ve got to really sort of push home our momentum now and keep going”, said Collingwood as he looked ahead to the remainder of the season at full-time. 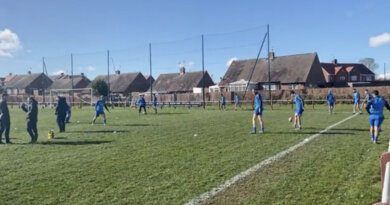 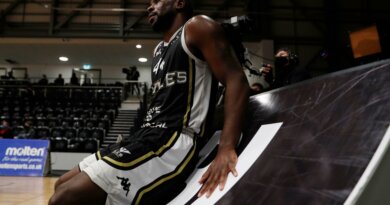