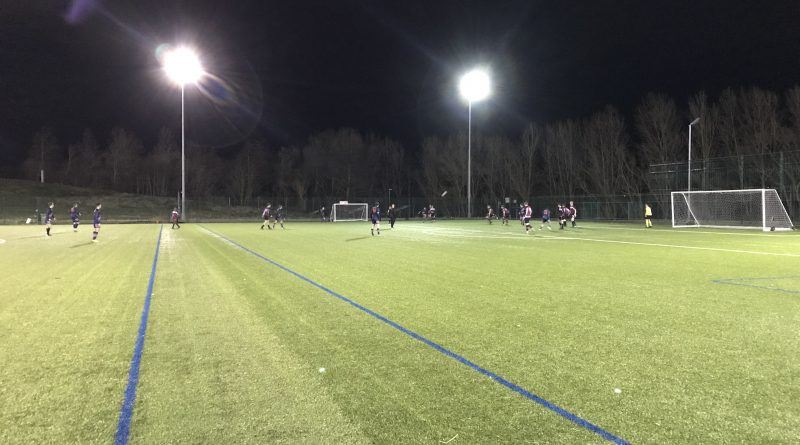 As it ticked into the fifth minute of stoppage-time, the wind-blighted contest looked to be drifting towards a stalemate that would have made the destination of the league title more uncertain.

The hosts were sat level on points with Hallam but, with their scheduled game in hand at Huddersfield on Wednesday falling victim to the coronavirus postponements, it was trickier to establish how the season-ending table would look.

Which made the pieces of composed quality they produced to create and score the game’s decider all the more timely.

Substitute Sotiris Kyriakou received the ball high on the left-wing, assessed his options, took on his marker, evaded him and then delivered to the near-post. He found Lewis Charlton’s dart and after controlling, twisting and turning, the forward rolled the ball back to James — another recent introduction — 12-yards out.

He worked the ball out of his feet — and, in turn, created an angle — and then planted it neatly inside the top-right corner with his right-foot.

The celebrations on the pitch and touchline said it all and they were even more jubilant a couple of minutes later once Sunderland had reset and seen out the final moments.

“Obviously at the beginning of the season we set out to win the league and cup and we’ve met all expectations. But we’ve played and been together as one unit and it’s just made me very very proud of everything we’ve achieved,” he continued.

A significant collective effort was indeed required to come out on top in this one. As well as competing for control with each other, both sides were battling the strong crosswind blowing away from the ski slope and across the pitch throughout the game.

It was as much a leveller as a distraction, with it almost certainly limiting the chances in the game.

Elliot Howey had the match’s first one of note when he shot narrowly wide of the near-post from 18-yards following a clever turn, as the home side set about taking the early initiative.

Hallam always looked menacing, though. They were quick on turnovers and sharp in the final third. Crucially, goalkeeper Karl Beggs was able to match them twice in quick succession as the game passed the 20 minute mark.

First, the home stopper got down swiftly to his right to palm away a 21st minute snapshot towards his near-post by the visitors’ No.3.

Then, moments later, the same player latched onto a loose-ball and burst through but was again denied as the Northern Irishman narrowed the angle and was somehow able to simultaneously stop and gather the powerful effort to his right.

Simon Jakab — who formed an assured centre-back partnership with first Marc Atkinson, who was likely playing his last game for the university, and then Harry Woodward on the night — came close at the other end in the 41st minute when his point-blank effort was impressively kept out by the Hallam ‘keeper.

That was the last goalmouth action of the first-half and there would be exceedingly little for much of the second, as the wind began to take an increasingly strong hold.

Captain Liam Jackson, also potentially playing for the uni for the final time, tested the Hallam stopper in the 51st minute with a 25-yard shot that was gathered on the bounce. Further openings, though, wouldn’t really materialise until the closing minutes.

Partially down to the wind, the hardworking Connor Gant hit the top of the bar with an inswinging corner in the 85th minute and that seemed to spark some extra life into the game’s latter stages.

Jackson appeared determined to create further openings and he forced another save three minutes later when his 25-yard left-footed attempt was forced to safety by the goalkeeper’s legs.

The midfielder was then a little over a foot away when he headed a corner just over the top-left corner moments later.

There was a scare for the hosts when Hallam fired a volley over from close range in the 91st minute but, crucially, they were able to reset and tee-up that decisive passage of play soon after.

“Great scenes at the end so I’m delighted for everybody — the lads, the university, everybody concerned. And looking forward to next season now,” concluded Clark.

“Throughout the season every game’s been a different challenge and we’ve had to meet those challenges. You know, one loss in a season where we didn’t meet the challenge but tonight, once again, we performed admirably and got what we needed to do to get over the line.”

“Yeah put it in the top bin, unbelievable. And great scenes at the end so, you know, I’m delighted for everybody — the lads, the university, everybody concerned. And looking forward to next season now.” 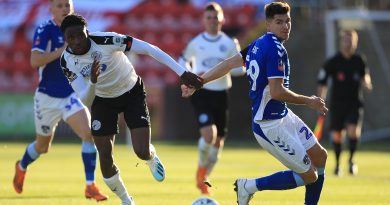 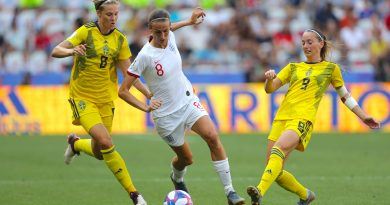